Congratulations to our good friends Laura and Kyle who got engaged this afternoon! It was a long time coming and we know you guys are going to make an awesome married couple! Hooray!
Posted at 7:09 PM Labels: friends, happenings
Email ThisBlogThis!Share to TwitterShare to FacebookShare to Pinterest
0 comments

We just got back from our Valentine's Day weekend trip to Las Vegas! Neither of us had ever been before so this was quite the adventure.

My parents let us spend the night before we left at their house and they were able to drive us to the airport Saturday morning. We boarded our plane and were on our way! I usually don't do very well flying even though I kind of like it - I get air sick if I'm not sitting next to a window and I need to look out to see what's going on. I'm also a little bit claustrophobic so long flights are awful for me. I am also usually white-knuckled during takeoff and landing despite popping Dramamine before I get on the plane. To our surprise the airline was offering FREE Vodka Cranberry drinks (since it was Valentine's Day) and it turns out that having a drink totally takes the edge off of flying for me! I should keep that in mind for next time... 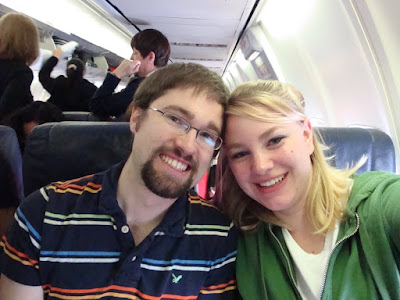 Getting ready for take-off

Once we landed in Vegas we gathered our luggage and took a shuttle to our hotel. We stayed at Excalibur which is the hotel that looks like a castle - perfect for this princess and her prince charming! The view outside of our room was great and we could see just a bit of the hustle and bustle of the city. 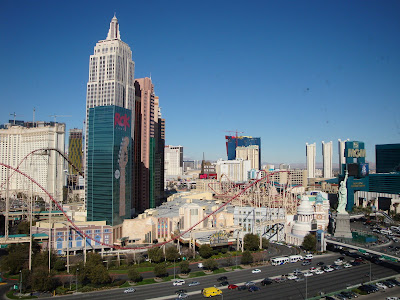 After we got settled in we headed downstairs to see the city and do a little gambling before dinner. 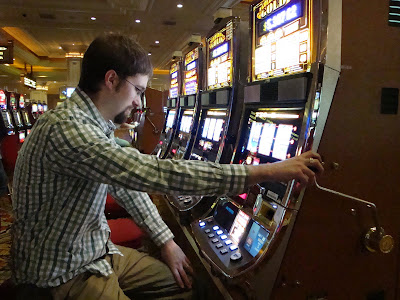 After hitting the slots (and losing) we decided to walk around and check out some of the other hotels in the area including Luxor, Mandalay Bay and New York New York. For dinner we enjoyed The Tournament of Kings at Excalibur which is a dinner show of jousting and sword fighting, etc. by (actor) knights. That was a really fun performance to watch and we enjoyed the dinner which we had to eat with our fingers: cornish game hens, french fries, rolls, broccoli and soup. Yum! After dinner we headed back up to our room to get ready for our big night out...

We both love electronic music and one of our favorite DJs (the people who go up on stage and literally play records and mix beats) is Paul Oakenfold. We were pleased to find that he was performing in Vegas Valentine's Day night at club Rain at The Palms hotel. We got all dressed up for the club and hailed a taxi to The Palms around 10:00 p.m. We waited in line to get our wristbands from will call which allowed us to jump the 100+ person line right into the club! Good thing we bought our tickets early! 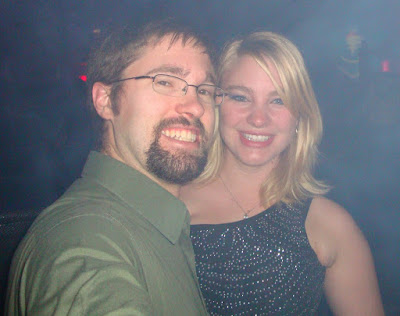 At Rain waiting for Oakenfold to go on

We so enjoyed listening to Oakenfold all night (midnight-2:00 a.m.) and poured ourselves into bed around 3:30 in the morning. It was an awesome night and an awesome club and an awesome show. I would do it again any weekend.

The next day we decided to do a little more sightseeing and adventuring and we were able to walk to In-N-Out Burger to enjoy tasty cheeseburgers animal style. Yum! It was the perfect morning-after-clubbing food. 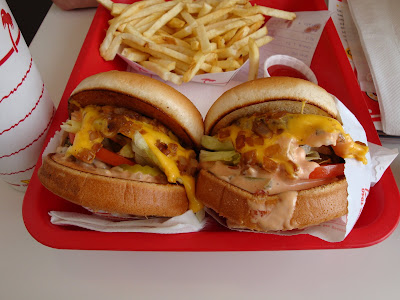 After our In-N-Out Burger trip we headed back to our hotel room for a quick nap before getting ready for a little more sightseeing. Our later afternoon adventures included going to M&M's World and seeing anything and everything that you can think of that was M&M themed. Maybe one day when we own a house and have kids we'll have an M&M themed bathroom - I know exactly where to get everything for it...

After we made our very own mixture of different colored M&M's we went to see if there were any cheap show tickets for that night. There were none. Oh well! We headed over to the MGM Grand to see the real live lions that live in the hotel. There's a part of their habitat made of plexiglass that you are able to walk into to get an up-close look at the lions. Sure enough, the lions were laying on the plexi glass just inches above our heads. Crazy! 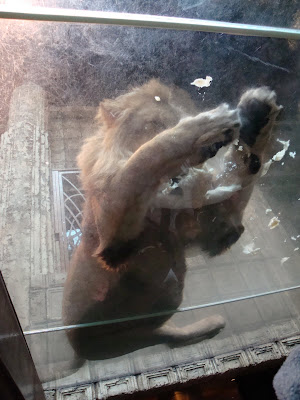 Later that night we went and had a very nice, romantic steak dinner at the Camelot Steakhouse in our hotel and then set out on an adventure to go to the Stratosphere hotel at the North end of the strip to take a ride up the observation deck. After an hour journey (believe me, take a cab if you want to go somewhere in Vegas - walking and trams take forever!) we arrived at the Stratosphere and spent a few quiet moments together on the indoor observation deck enjoying the lights of the Las Vegas strip.

After enjoying the view we headed back to our hotel to turn in for the night; it was 1:30 in the morning after all. We took this picture as we arrived back at our hotel - beautiful! Too bad I can't really live here. 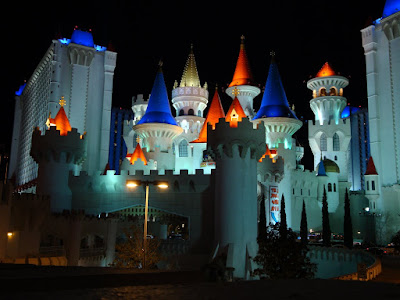 Monday morning we woke up and got ready for our trip home. We had a great time in Vegas and we would (and will) definitely go again! Let us know if you want to come too!

Sorry that it has been a while since I blogged last... here are some updates on what's been going on in our world:

The apartment people came in tacked the carpet back down and (poorly) shampooed it. There are still some spots on it where the table and chairs were and the edges are still dirty and smell a bit musty. You can also tell where they stopped shampooing the carpet by the front door - there is an obvious line. Oh well. I have taken plenty of pictures to document everything just in case they try to claim we damaged the carpet when we move out.

My youngest sister, Erin, went to the Sadie Hawkins dance which her high school calls Snowball. I was able to go and help her get ready for the big event. She sure was beautiful that night - what a lucky guy her date was! 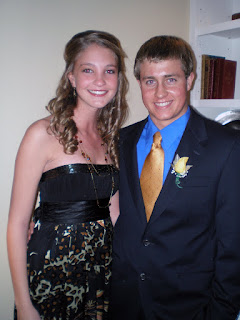 Erin and her date 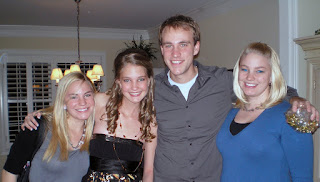 All of the siblings there to wish Erin well!

We made a visit to Dave's mom for her birthday and had a really nice time. We went to Noodles & Company for lunch and returned back to Dave's parent's house for presents, some yummy cake and ice cream!

On the same trip we were able to stop by Dave and Jenny's house to meet the newest addition to their family - baby Benjamin! He is so cute, cuddly and adorable and we just loved getting to hold him! 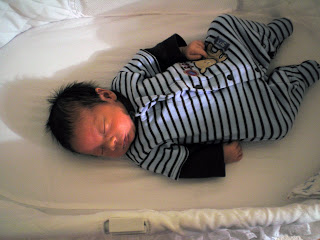 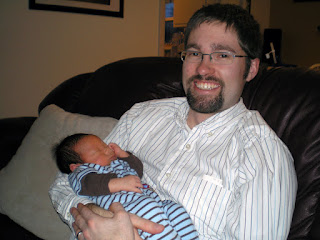 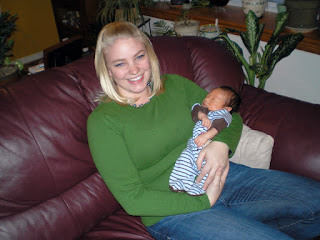 Now we're getting ready for a little Valentine's Day weekend getaway. We are so excited to be able to get away for a little while and just spend some time together doing things we love. I am also getting a new camera as a (very) early birthday present so I can take some great pictures on our trip. I'll be sure to post pictures and info when we get back!
Posted at 10:11 PM Labels: happenings
Email ThisBlogThis!Share to TwitterShare to FacebookShare to Pinterest
0 comments